Update (July 4, 2015): At some point in the last couple of months Apple fixed the Inner Loop in their Maps data. I feel like a “finally!” is not inappropriate here.

Fifty years ago the Inner Loop highway opened in Rochester, New York, encircling (and later defining) the city’s downtown area. Decades of suburbanization later, the eastern part of the expressway was all but unused, serving as little more than a barrier between downtown and the trendier neighborhoods along East and Monroe Avenues. After years of bureaucratic waffling the city decided to fill in the eastern portion of the sunken highway, and on December 2, 2014—just over two months ago—this part of the street was permanently closed. Google knows this: 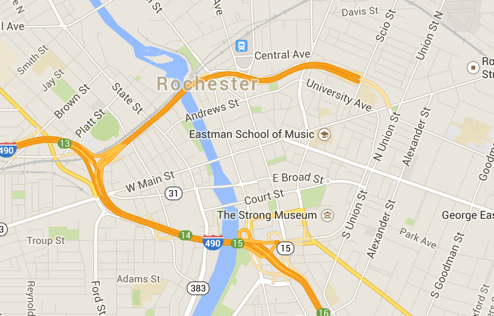 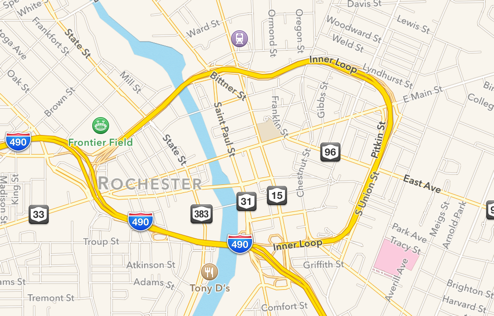 I’ve been using Apple’s Maps app since it came out. Despite the heated (and not undeserved) criticism of Apple’s data, the app worked fine for me: errors weren’t any more frequent than in Google Maps.1 But the problem with the Inner Loop is worrying—this is a significant part of Rochester’s topography, and while Rochester isn’t a huge city2 it is big enough that Apple should have updated its data by now.

How to report a problem in Apple Maps for iOS

You can help bring this issue to Apple’s attention by going through these steps. Until this oversight is fixed, and I’m more confident that Siri won’t try to direct me onto an abandoned highway, it’s Google Maps for me.