Here is a command that will list all of the server branches for the current Git repository, ordered from least recently edited to most recently edited, and with the latest author shown for each:

If the column command is not available on your system,1 you can replace it with

Using the Jekyll repository as an example,2 the output will look like

My most recent project at work had several contributors from multiple teams. I took it upon myself to periodically prune our branches, which meant that I needed to know who was responsible for each branch. BitBucket didn’t seem to show that information anywhere so I rigged up this command.

(By the way, I highly recommend GitUp for macOS if you’re interested in a novel way of visualizing your branches: 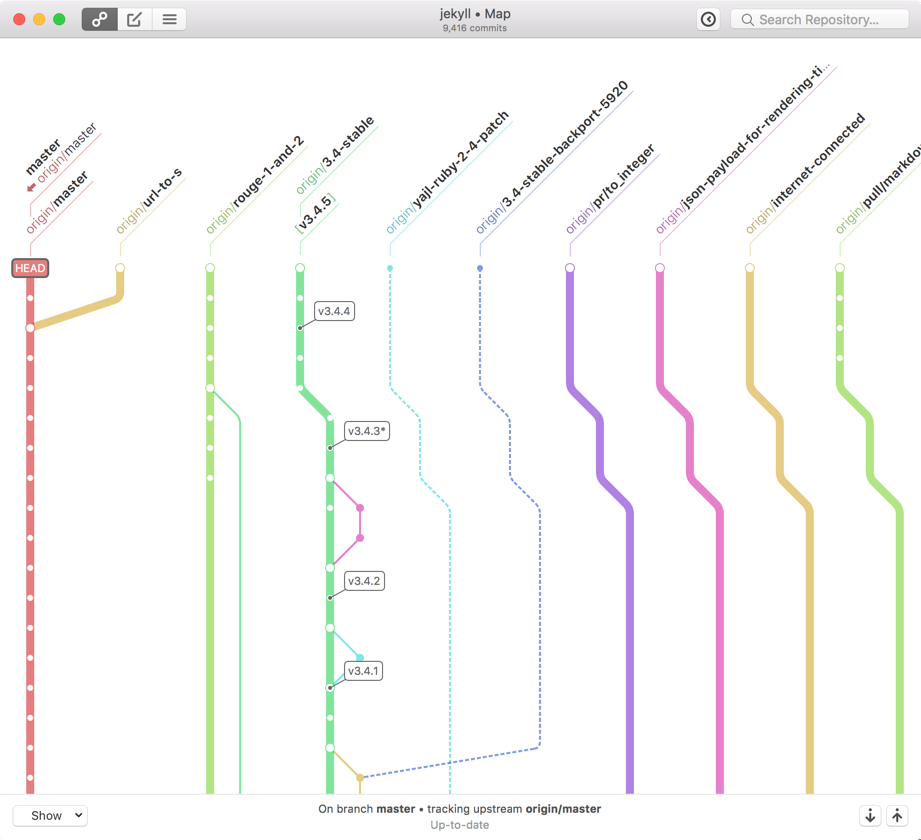 The git command lists all of the branches on the server,3 ordered from least recently edited to most recently edited. For each branch, it prints the relative timestamp of the latest commit; the name of the author of the latest commit; and the branch name. The grep command removes the “HEAD” pointer from the list, since it’s probably just pointing to one of the other branches in the list and we don’t need to show that branch twice. Finally, the column command puts the information into a nice tabular form.

Update (July 31, 2017): A previous version of this article gave an unnecessarily long command because I didn’t know about the --sort option to git branch.